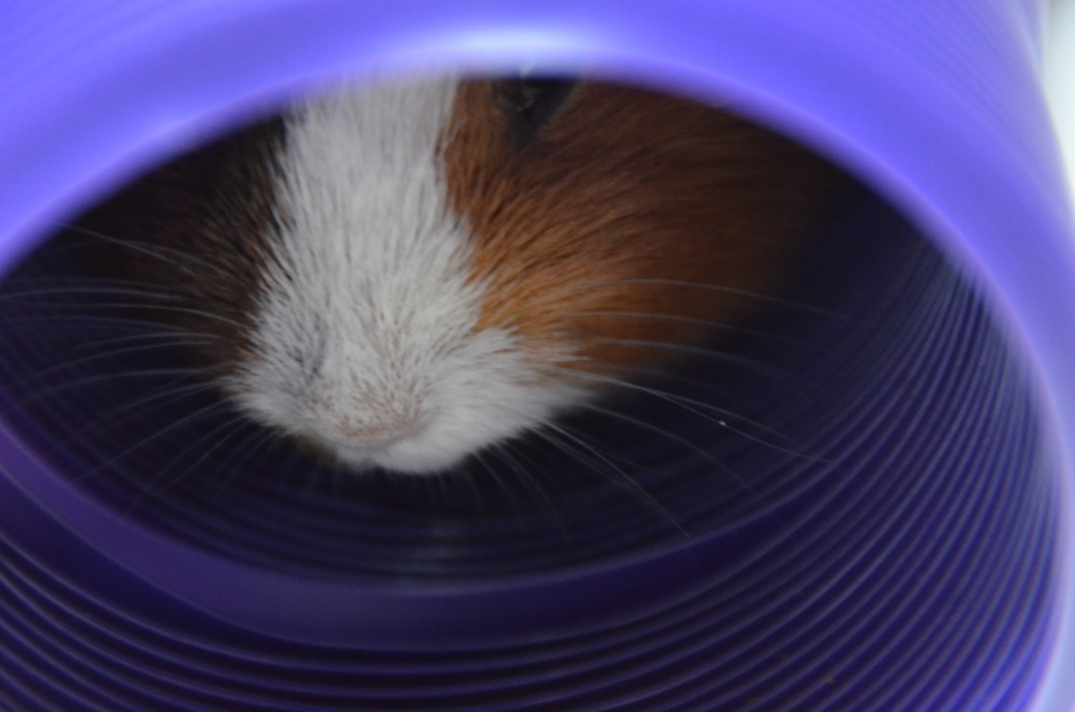 Although many children may have at some point in their lives enjoyed their company as pets, little is known about what Guinea Pigs really are.

Despite the name; Guinea Pigs, Cavia porcellus, are not actually pigs, but cavimorph rodents. Funnily enough though, mature males are called boars; females are sows and parturition is called farrowing, but offspring are called pups instead of piglets.

Their origins can be traced to the Andean highlands and in Quechua, a central highland tongue; they are called “quwe” or “cuy” as they are now more commonly known in the Andean highlands. Cavies, as they are sometimes called, derive their name from the taxonomic family Caviidae, to which they belong. This rodent family is more closely related to the capybara, chinchilla and porcupine, than it is to the mouse and rat. (Gade, 1967)

The origin of their domestication is slightly obscure, but there is no doubt that they were first domesticated in the Andean altiplano of South America, roughly between 5000-7000 years ago. Cavies were domesticated as an important source of food, as well as for religious and medical ceremonies.

One such medico-religious ceremony is Shoqma, an Andean ritual in which healers or “subadores” rub a live cuy over an afflicted person’s body, much in the manner of an X-ray or scanner. The little animal is then consulted either by watching its behavior, or alternately slitting the animal open, to read the diagnosis.

Guinea Pigs were extensively used as laboratory animals and used as subjects in countless experiments, and “guinea pig” is still used as a metaphor in English for a subject of experimentation. The usage of guinea pigs as experimental subjects, have led to the discovery of Vitamin C in 1907, adrenaline and the bacterium for tuberculosis: Mycobacterium tuberculosis (Robert Koch, 1882), to name a few.

Linnaues (1758), was the first to classify the guinea pig, baptizing it with the scientific name; Mus porcellus. Pallas (1766), unaware of the earlier classification, did the same under the scientific name: Cavia cobaya. In a gest of sportsmanship and taking a bit from both earlier classifications, taxonomic nomenclature was readjusted to the present; Cavia porcellus.

It is likely that Cavia porcellus derived from C. aparea, C. tschudii, or C. fulgida.

Although C. porcellus are allegedly no longer found living in a wild state, feral populations do exist.

Guinea pigs are social herbivores that feed in groups with little competition for food (Harper, 1976).

In free living conditions, breeding units are formed; these family groups are usually comprised of a male and 3-6 females together with their offspring. These family units or harem type formations, live close to other breeding units and temporary assemblages forming colonies.

With poor eyesight Guinea pigs rely on well-developed senses, and communicate primarily by sounds and scent. They emit noises such as the wheek, chutt, squeak, purr and chirp which are likely to convey much information about an individual’s “state” to others. For example, a guinea pig “chutts” when exploring, “whistles” when separated from or reunited with a companion, and “purrs” when seeking contact (Harper 1976).

As expected in a social species, bonds are formed amongst individuals and communication is by way of vocalizations such as the “wheek” usually heard when visually separated from companions, or “purring” for seeking or experiencing social contact. Urine and glandular secretions are also used to mark territories of up to 1500 m2 and one another.

Guinea pig pups are precocial. They are born fully-furred, with well-developed sensory and locomotor abilities, and they can consume solid food the same day they are born (Kunkele and Trillmich 1997) Females reach sexual maturity at two months of age; males reach it at three months (Nowak 1999)

As a prey species they are generally nervous of new sights, sounds and smells and have acute senses for detecting possible threats. Most prey species are cautious to approach novel stimuli, including conspecifics. They stretch out and contact the novel item or individual with their whiskers, a posture that allows them to flee if need be.

Unlike horses however, a perceived threat is immediately responded with a freeze or immobility response that is known to last up to 30 minutes. When a group is alerted, individuals may flee haphazardly in what is known as the scatter response.

Guinea Pigs are not known to dig their own burrows, but seem to depend on burrows abandoned by other animals or natural shelters which they provision with vegetation as bedding. This makes sense if we consider how little agile they are for these types of tasks, in comparison to other close relatives.

Like horses, they need a high fiber diet based on grasses and hays, the abrasiveness of which help in wearing down their constantly growing teeth. Guinea Pigs, not horses, undergo a digestive process called caecotrophy, wherein special droppings, called caecotrophs which are passed through the gut and are re-ingested to optimize foraging. They remember learned pathways to food sources and such like, which confirm an interesting degree of spatial memory.

A quick look at the time budget of Guinea pigs in free living conditions, confirms that they usually spend up to 20 hours in a day active, and sleep only for short periods.

So as you can see, with the inherent differences one is bound to expect, there are quite a few similarities too.

One thought on “What do Guinea pigs have to do with horses?”