While I was doing my daily “horsey “ chores today, I noticed a bird fluttering around the head of  a stallion on our farm.

The interesting thing about it was that the bird was actually diving in to eat the flies that were literally bugging the horse.  In this case the feathered subject is a White Wagtail, Motacilla alba, locally known as Cuareta Blanca (Catalan) or Lavandera Blanca (Spanish).

These non-migratory wagtails have been observed foraging on a number of insects, but mainly on Dipterian flies, and occasionally fish fry.

The relationship between the wagtail and the stallion is a symbiotic one, where both parties stand to benefit from the relation, usually referred to as Mutualism.

There are basically two types of Mutualism:

Obligate mutualism – wherein both parties are dependent on each other for survival.

Facultative mutualism – species benefit without being fully dependent such in the situation between Altanero and the fly-catcher.

I saw two different foraging strategies in action. In the first, the bird fluttered around energetically in the area of the eyes or nostrils of the horse. This fluttering caused flies that had settled in these areas to take flight, and as they did they were literally picked out in mid-air by a nimble acrobat.

The second strategy was even bolder, the little bird landed directly on the the horses face, and waits for the flies that were unsettled durig his approach, to settle down again. Once settled the bird just picks them carefully off the horses face. 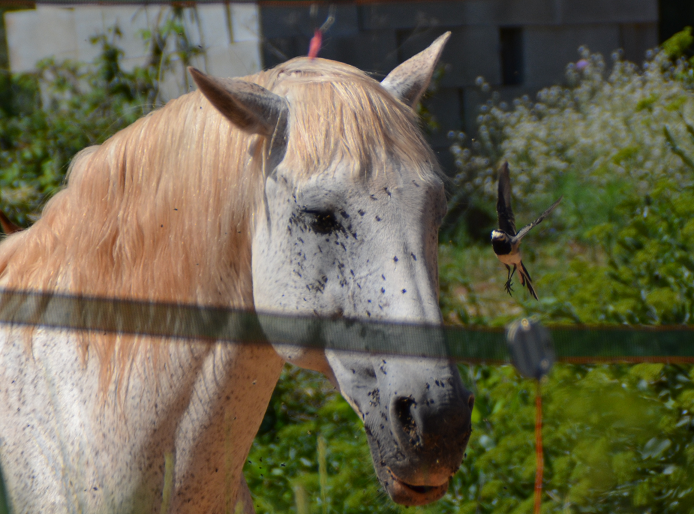 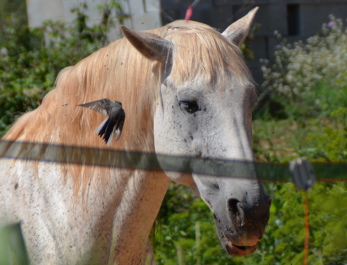 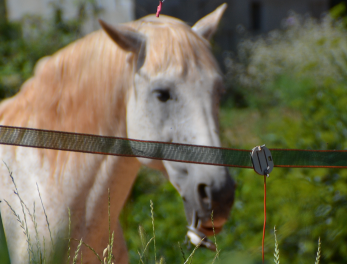 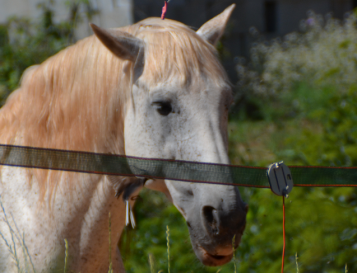 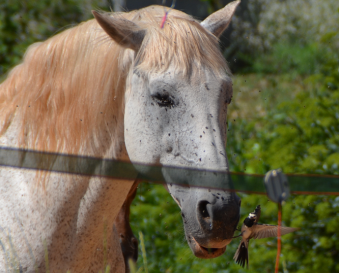 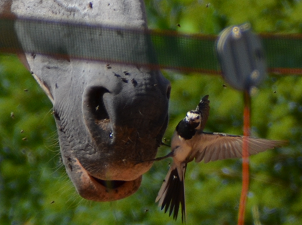 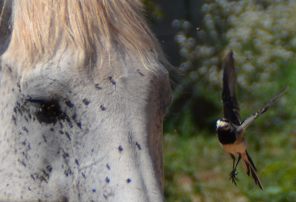 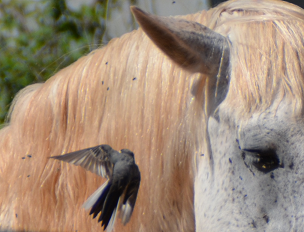 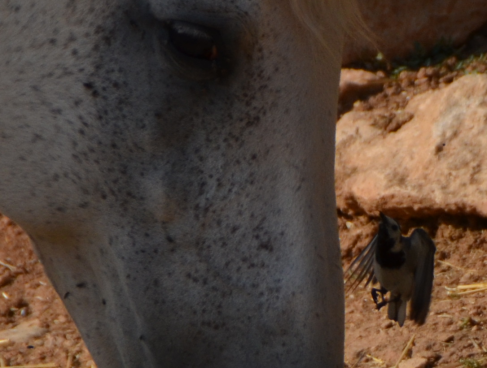 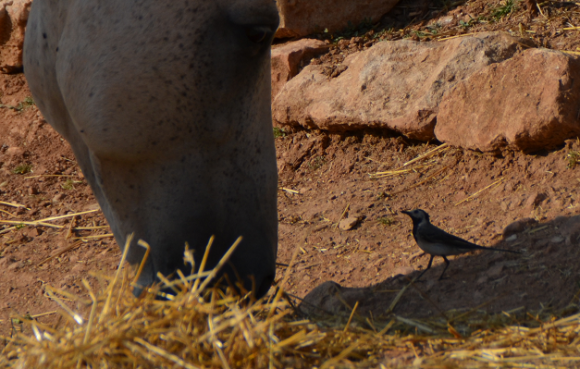 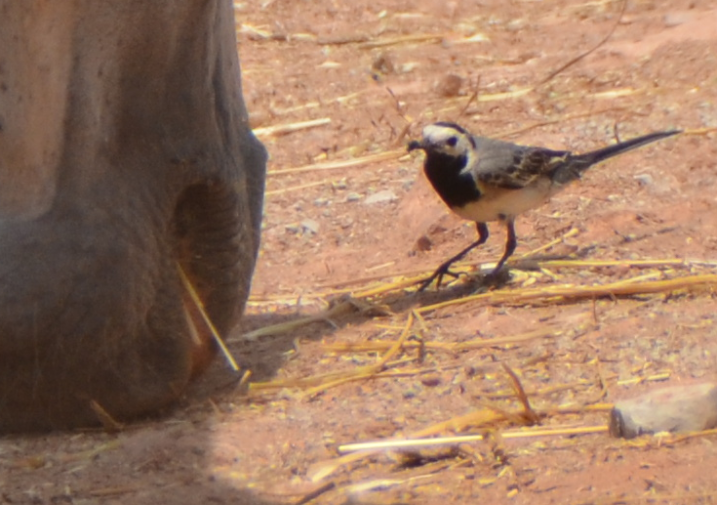 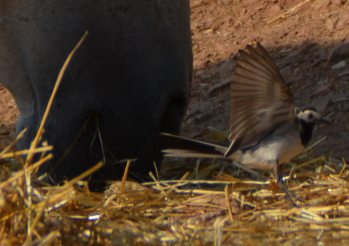 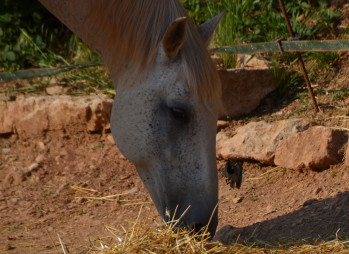 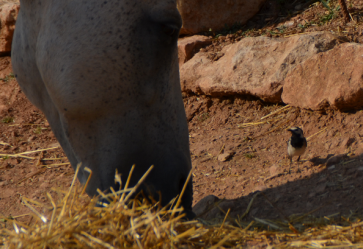 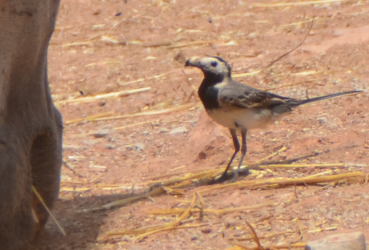 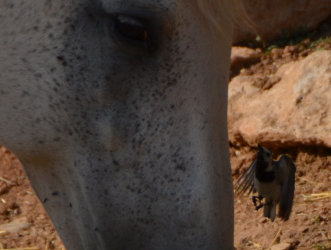 I was fortunate to have the camera handy, but unfortunately I could not position myself better for the shot without upsetting the situation.

Thanks to Pepe of Les Vinyes and Slow Horse Care as well as Tanja van de Linde for identifying the species of  passerine bird.

4 thoughts on “Altanero and the fly catcher”