The WEN Science Ambassadors play an important role in cultivating our knowledge of species and their behaviors’.  Our projects and educational programs have in many ways been inspired by their work, and we are forever grateful. Through them, we hope to inspire others to join in our commitment to the conservation of free-living equids, and the welfare of those in captive or domestic environments. 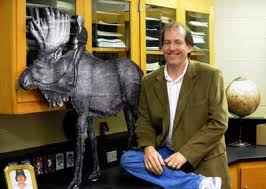 Lee Alan Dugatkin, Ph.D., is a professor and Distinguished University Scholar in the Department of Biology at the University of Louisville. His main area of research is the evolution of social behavior. Dr. Dugatkin is the author of over 145 articles on evolution and behavior.  He is the author of two textbooks — Principles of Animal Behavior (WW Norton, 2009, 2nd edition) and Evolution (co-authored with Carl Bergstrom, 2012, WW Norton). Dr. Dugatkin is also author of many trade books, including The Prince of Evolution and Mr. Jefferson and the Giant Moose.

Roger Abrantes, Ph.D., in Evolutionary Biology and Ethology, and BA in Philosophy, DHC, DF, MAPBC, born in Portugal in 1951, currently based in Cambridge in the UK and Thailand, has lived in Portugal, Denmark, USA, Australia, Tanzania and Thailand. He is an instructor at CNCA (USA), a special advisor for the GNR (Portugal) and member of the Scientific Advisory Board of the DHVE (Germany).

He is the author to 27 books in English, German, Spanish, Danish, Swedish, Norwegian, Italian, and Czech, and numerous articles on behavior. He is probably one of the most versatile ethologists in the world. His work ranges from lecturing at the Ethology Institute Cambridge, where he is the divisional director, to appearances as guest lecturer in universities world wide, popular talks, treatment of behavior problems, teaching canine and human behavior to police officers, training rats to detect landmines in Tanzania (Apopo), and performing marine environmental management duties (he is also a certified Divemaster, Rescue Diver, and Sea Captain).

He has written popular books with sound advice to pet owners as well as theoretical scientific dissertations. He teaches ethology, animal learning and epistemology (theory of knowledge), besides his practical work with dogs, horses, cats, Guinea pigs, rats, and sailing and diving missions.

He is a popular guest in TV and radio programs in his home countries and in the US.

His English books, “Dog Language–An Encyclopedia of Canine Behavior” and “The Evolution Of Canine Social Behavior” became hits the moment they reached the US bookshelves. He lectures often in the US.

His most recent book, “Animal Training My Way — The Merging of Ethology and Behaviorism” revolutionizes animal training as much as his first book “Psychology rather than Force” did in 1983.

Dr. Abrantes is especially known for his views on social behavior and its applications to the daily understanding of pet behavior; and for his no-nonsense working methods, a practical and thorough application of Ethology and Learning Theory, teaching the animal the new patterns patiently and efficiently step by step.

His actual work involves research into the philosophical aspects of evolutionary biology and writing articles and blogs (besides his sailing and diving commitments).

Roger Abrantes is truly a citizen of the world. If you ask him where he lives, he will answer you, “Planet Earth.” His bases are Cambridge in the UK and Ao Phang Nga in Thailand. He speaks nine languages, English, Portuguese, French, Spanish, Danish, and Swedish (fluently), Italian, German, and Thai (less fluently).

He is a keen sportsman, having raced cars for many years. He has also played roller hockey in the German Bundesliga where he was his team’s first goal-keeper until well into his 50s. Nowadays, he plays pool (8-ball and 9-ball), runs, sails and dives. When he’s not working, he dedicates himself to his two life-long passions: reading (everything) and listening to music (Blues, Rock, New-Age, Opera)—and preferably on a sailing boat!.

Marc Bekoff, Ph.D., is a former Professor of Ecology and Evolutionary Biology at the University of Colorado, Boulder, and co-founder with Jane Goodall of Ethologists for the Ethical Treatment of Animals. He has won many awards for his scientific research including the Exemplar Award from the Animal Behavior Society and a Guggenheim Fellowship. Marc has published more than 1000 essays (popular, scientific, and book chapters), 30 books, and has edited three encyclopedias. His books include the Encyclopedia of Animal Rights and Animal Welfare, The Ten Trusts (with Jane Goodall), the Encyclopedia of Animal Behavior, the Encyclopedia of Human-Animal Relationships, Minding Animals, Animal Passions and Beastly Virtues: Reflections on Redecorating Nature, The Emotional Lives of Animals, Animals Matter, Animals at Play: Rules of the Game (a children’s book), Wild Justice: The Moral Lives of Animals (with Jessica Pierce), The Animal Manifesto: Six Reasons For Increasing Our Compassion Footprint, Ignoring Nature No More: The Case For Compassionate Conservation, Jasper’s Story: Saving Moon Bears (with Jill Robinson), Why Dogs Hump and Bees Get Depressed: The Fascinating Science of Animal Intelligence, Emotions, Friendship, and Conservation, and Rewilding Our Hearts: Building Pathways of Compassion and Coexistence. The Jane Effect: Celebrating Jane Goodall (edited with Dale Peterson) was published in February 2015. In 2005 Marc was presented with The Bank One Faculty Community Service Award for the work he has done with children, senior citizens, and prisoners. In 2009 he was presented with the St. Francis of Assisi Award by the New Zealand SPCA. In 1986 Marc became the first American to win his age-class at the Tour du Haut Var bicycle race (also called the Master’s/age-graded Tour de France). His homepage is marcbekoff.com and with Jane Goodall http://www.ethologicalethics.org/. Twitter @MarcBekoff.

Daniel Rubenstein, Ph.D., is Class of 1877 Professor of Zoology. Professor of Ecology and Evolutionary Biology. Director, Program in African Studies at Princeton University. His main area of research focuses on decision-making in animals. He studies how an individual’s foraging, mating and social behavior are influenced by its phenotype, by ecological circumstances, and by the actions of other individuals in the population. He develops simple mathematical models to generate predictions that can be tested using data gathered from structured field observations or experimental manipulations. In this way he searches for general principles, or ‘rules’, that underlie complex patterns of behavior.
Much of his recent research on the adaptive value of behavior has centered on understanding the social dynamics of equids—horses, zebras and asses. His studies have shown that as the distributions of forage and water change, the patterns of female movement and association change. In turn, the ways in which males compete to mate with females also change. Thus ecological features play a large role in shaping equid core social groups.
But some harem dwelling equids, in particular the Plains zebras, exhibit additional layers of social structuring and his latest research shows that the force that matters most in determining whether or not herds form is a social one. The magnitude of the risk associated of a stallion being cuckolded determines whether or not harem males join together to form alliances. How risks are assessed, decisions are made and how conflicts of interest among individuals of differing phenotypes with differing needs are avoided is the focus of his ongoing research into the control of behavior.
Melding both functional and mechanistic approaches to studying animal behavior is an important problem in the emerging area of ‘Biocomplexity’ and is one that requires interdisciplinary studies that cut across many scales. His latest research focuses on one such problem—the rules governing animal movements and migration—and involves the interaction of ‘self-organizing’ behavioral movement rules, ecological information, and habitat structure at multiple spatial scales to understand how migratory animal movements respond to human induced land use change and how these changes in movement in turn affect population stability. Conservation implications are actively being explored.

Frans de Waal, Ph.D., is C. H. Candler Professor of Psychology at Emory University, Director at the Living Links Center – Yerkes National Primate Research Center, and Distinguished Professor at Utrecht University.
Dr. de Waal has published hundreds of technical articles in journals such as Science, Nature, or Scientific American. He has authored numerous acclaimed books including; Chimpanzee Politics-Power and Sex among Apes (1982, JHUP); The Ape and the Sushi Master-Cultural Reflections by a Primatologist (2001, Basic); The Age of Empathy: Nature’s Lessons for a Kinder Society (2009, Harmony); and his latest publication: The Bonobo and the Atheist- In Search of Humanism among the Primates (2013, Norton).
His current interests include cultural learning, behavioral economics, empathy, communication, social reciprocity and conflict-resolution in primates, as well as the origins of morality and justice in human society.”

Jens-Christian Svenning, Ph.D., is a Professor of Geospatial Ecology and Head of Section of Ecoinformatics & Biodiversity at Department of Bioscience, Aarhus University. He is also a Deputy Editor-in-Chief for the scientific journal Ecography and an associate editor for Journal of Biogeography. Professor Svenning has published >200 articles on ecology, biogeography and conservation in peer-reviewed scientific journals as well as many scientific and popular science articles. He has a wide range of interests in basic ecological, evolutionary and geographic questions, and their application to understand and tackle the biodiversity crisis and the other great environmental and societal challenges of our current human-dominated epoch, the Anthropocene. Key current research foci include integrating long-term paleoecological perspectives into modern ecology and conservation practices, e.g., the functional importance and practical scope for restoring wild megafaunas across the world (rewilding), climate-biodiversity relations, the role of disequilibrium dynamics in ecology and biogeography, and interdisciplinary studies of human-nature interactions. He has special interests in trees and other plants (notably palms) and large mammals, but is also fascinated by many other organisms as well a range of geographic phenomena. Homepage: http://bit.ly/svenning. Google Scholar: http://bit.ly/jcsscholar. ResearchGate: http://bit.ly/rgsvenning. Twitter: @JCSvenning.

Gus Cothran, Ph.D., is a Clinical Professor in the Department of Veterinary Integrative Biosciences and Director of the Animal Genetics Laboratory at Texas A&M University. His lab offers DNA genotyping for identification, parentage verification, and determination of specific homozygous/heterozygous gene mutations in animals.

His research interests include genomics, population genetics of feral horses, hereditary basis of equine congenital defects, comparative aspects of genetics variation in horses under human selection and under natural selection, genetic aspects of captivity, genetic conservation of rare breeds, the genetic history of horse domestication, management of genetic polymorphism in small populations and conservation of rare breeds, genetic relationship among domestic horse breeds, changes in gene regulation based upon environmental factors; gene mapping of the horse.

Carl Safina’s, Ph.D., work has been recognized with MacArthur, Pew, and Guggenheim Fellowships, and his writing has won Orion, Lannan, and National Academies literary awards and the John Burroughs, James Beard, and George Rabb medals. He has a PhD in ecology from Rutgers University. Safina is the inaugural holder of the endowed chair for nature and humanity at Stony Brook University, where he co-chairs the steering committee of the Alan Alda Center for Communicating Science and is founding president of the not-for-profit organization, The Safina Center. He hosted the 10-part PBS series Saving the Ocean with Carl Safina. His writing appears in The New York Times, Audubon, Orion, and other periodicals and on the Web at National Geographic News and Views, Huffington Post, and CNN.com.

Share your passion, knowledge and experience to help ensure the future of free-living equids across the globe, and the welfare of those in a domestic or captive setting